As long security lines snaked throughout the terminal below, Denver International Airport CEO Phil Washington said Friday that efforts were underway to temporarily add new screening lanes and deal with other challenges from a resurgence in passenger traffic.

“The increased passenger volumes have had an impact on how this airport operates — and that is undeniable.”

He outlined plans that include working with the Transportation Security Administration to squeeze four temporary screening lanes into the 12 lanes at the south checkpoint. TSA has agreed to staff them, he said, citing a recent meeting with the agency’s leader in Washington, D.C.

But that relief likely will take until early next year, Washington said, and will alleviate — but not eliminate — the long lines. For one thing, they’d merely replaced lanes lost earlier to construction.

“I think the holiday period will be tough … as we build out additional lanes in this airport,” he said. “But I see light at the end of the tunnel.”

Waiting in security at @DENAirport right now is like this.

DIA CEO Phil Washington outlined steps the airport is taking to deal with the crush of late.

Until then, DIA officials advise travelers to arrive at least two hours before their flights’ boarding times to give themselves enough time. Washington said wait time estimates will be added back to DIA’s website soon, and the airport is working on signage that would tell people in line how long they can expect.

Another reprieve is nearer: In the next week, construction walls in the terminal’s midsection will come down as the first phase of a massive renovation project ends. Travelers will face fewer walls blocking their paths, and Southwest and United airlines will move into reconfigured and expanded check-in spaces in early November.

Washington, who took the helm of DIA in July, succeeded Kim Day after her retirement ended a 13-year tenure. He called Friday’s news conference late in a month that has laid bare significant challenges facing the airport.

Surging passenger traffic — DIA has become the third-busiest airport in the world this year — has resulted in those long security screening lines at peak times, including Friday mornings. Parking has nearly run out on recent weekends, forcing DIA and its contractor to scramble to temporarily reopen the shuttered Pikes Peak shuttle lot. It’s open again Friday and Saturday in anticipation of big crowds.

That lot hasn’t reopened permanently from its pandemic closure because of a driver shortage at the airport’s shuttle-bus contractor, though Washington said he’s working on contractual changes that might include allowing the company to use vans that don’t require new hires to have a commercial driver’s license.

The airport is aiming to reopen the lot fully before Thanksgiving, but that’s not a sure thing.

Hundreds of jobs are open at the airport, including dozens with its shuttle operator, ABM. Concessionaires are having a job fair from 10 a.m. to 2 p.m. Saturday in Denver at Empower Field in the United Club Level West, via the stadium’s Gate 2.

Besides widespread worker shortages, other big DIA contractors have experienced public labor strife this month over wages and other issues, with one company’s unionized janitors mounting a one-day strike Oct. 1 and another’s perimeter security staff threatening to walk mid-month.

The terminal construction project has complicated the security crowding. But the long-running $770 million Great Hall renovation project isn’t expected to have as big of an impact on navigating the terminal during the second phase or a potential third phase, both of which are focused on building new — and larger — security checkpoints on the upper level in coming years.

Washington speculated that the main factors in DIA’s surge were a resurgence in leisure travel late in the pandemic — while business travel still lags — as well as its central location as a connecting U.S. airport. Lately it’s been the busiest hub for United, Southwest and Frontier airlines all at once.

“This is unprecedented for a U.S. airport to be the largest operation for three airlines,” he said.

Before air travel plummeted during the pandemic, DIA’s passenger traffic reached a record 69 million in 2019. Washington said its projections are that the airport, after a rapid recovery this year, will beat that number next year, with 72.8 million passengers expected.

Washington looked ahead to other priorities that include catching up on maintaining the expanding airport’s existing facilities and equipment. And DIA’s “Vision 100” initiative is planning for the next phase of growth — for when the airport hits 100 million passengers a year. Washington even spoke of a time in 30 or so years when 150 million is in the realm of possibility.

Seeking ideas for backup of trains

He also addressed the Aug. 20 breakdown of one of DIA’s underground concourse trains, which shut down one side of the system and resulted in hours of delays, both on the platform and in backed-up security screening.

The culprit was a metal part in a wheel assembly that ripped up a tire and resulted in track damage when the train car dragged on it, he said.

“It’s a huge vulnerability for the airport,” Washington said of that train system, which is the only way to reach concourses B and C.

The airport early next week will formally invite input from the private sector on potential backup systems for the Automated Guideway Transit System, which runs on a 2.5-mile loop between the terminal and DIA’s three concourses.

While breakdowns have been rare, they can be debilitating. There are no easy answers, but DIA for two decades has resisted one high-cost solution: boring a tunnel that would allow passengers to walk when the trains shut down.

Washington hopes private companies will have other ideas but suggested costs will have to be weighed against benefits.

Rockets back on court after a foggy flight, wrong airport and late night

Read Rockets back on court after a foggy flight, wrong airport and late night by Houston Chronicle 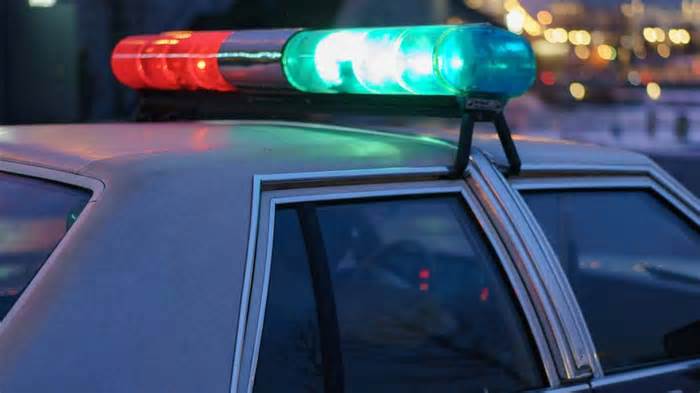 4 on plane during deadly crash near airport: Investigators | Charlotte Observer

Read Airport worker shares fascinating video revealing how luggage gets stacked on a plane: ‘It’s like playing Tetris’ by Yahoo